Founded in 1868, Toshimori Shuzo is located in Akaiwa City, Okayama Prefecture, Chugoku Region. The brewery is of course specialized in processing Omachi rice which, in the sake world, is the symbol of Okayama Prefecture (95% of Japanese Omachi being grown in the locality). But it is an ancient strain of Omachi that is used, originating from Karube locality, a highly prized subspecies that was rediscovered by Toshimori Shuzo after it completely disappeared in the 1930s. A long and tedious work initiated in 1960, without using pesticides or chemical fertilizers, which leads today to the use of this particular rice that is the Akaïwa Omachi.
This almost primitive rice is brewed according to a method that is no less primitive and which involves the use of large earthenware jars called "kame" or "bizenyaki oomika". This technique has not been used since the 15th century, and only the Toshimori Shuzo Brewery is reviving it with the idea of producing sake in a unique style. 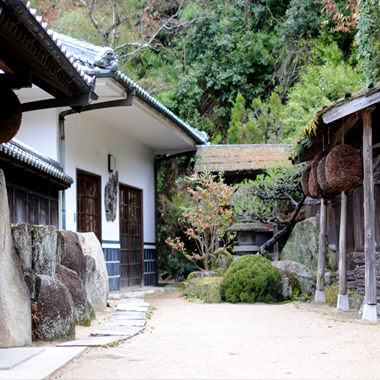