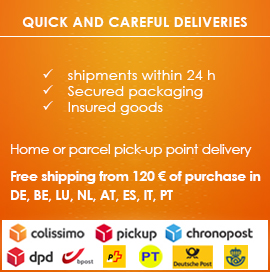 Awamori is the oldest distilled drink in Japan with a history that is over than 600 years old.
It originated from Southeast Asia, to be more precise in the Kingdom of Siam (currently called Thaïland). This Okinawa alcohol is made in from distilled thaï rice called indica, a long grain rice. It is grown in Southeast Asia, where it comes from. It is also via this route that the first stills arrived in the Far East.

The production takes place in two phases: a fermentation of long grain rice that enables a 18 to 20% alcohol rate to be reached, then a basic distilling that takes place in a traditional still. The fermentation process is very efficient, and is also where the name Awamori comes from; which means « big bubbles » in japanese, which can be seen during this phase of production.

The island from where Awamori originated is called The Island of Yonaguni. It is the furthest island in the whole japanese archipelago as it is situated at 2000 km south east of Tokyo, and at only 100km from Taïwan! It belongs to the Kingdom of Ruykyu that regroups the islands that make a junction between Japan and the Chinese continent. <p style="text-align: justify;">Uminshu means "fisherman" in Okinawa (umi = ocean; chu = man). The idea behind this awamori is to get closer to light notes inspired by the scents of the ocean rather than arriving at the classically rustic aromas of this drink. We are still on an awamori, but on fruity, clear and refreshing notes.<br /><br /><strong>An original, clean and fresh awamori<br /><br /></strong><span style="color: #9b9b9b;">海人 まさひろ酒造（沖縄県）<br />72cl - alc. 30% vol.</span></p>