The wooden sugi (Japanese cedar) barrels were traditionally used for the production of sake, miso, or soy sauce. Wood brings together the most advantageous conditions for fermentations with a microbial flora that helps reactions. In addition, the use of this material allows for more flexible control of temperature and humidity. But after the destruction of the Second World War, the whole country had to be rebuilt and the use of wood was favored for houses, to the detriment of other traditional uses, including for the production of sake. Added to this is the disappearance of many barrel-making specialists and with them their know-how. As the breweries could no longer take care of the maintenance of the wooden barrels, they switched to the use of enamelled steel tanks.

Today, a few workshops have returned to making cedar barrels, but only one, Fujii, is capable of producing containers large enough to be suitable for sake production. These are the drums that Imayo Tsukasa chose to use.

Hitotoki sake is produced during the coldest time of the year, starting in late January, and the barrels are used only for the production of this sake. The idea is to control the impact of wood on the nose, and to bring very light woody touches, while keeping the sake clean and easy to drink. Indeed, the aromas provided by the wood during fermentation must work perfectly with the specific aromas of the sake, in other words the challenge was to turn the woody aromas to the advantage of sake. In the past, sakes produced this way had strong woody notes, but with low polish rice, rich sakes, strong umami, and lots of flavor, sweet, and colorful. Sakes that we would now consider unsophisticated. But Imayo Tsukasa's style is quite clear and delicate, with light sake and easy on the palate.

A very special project by Imayo Tsukasa with this sake produced in Kioke Jikomi, in cedar wood barrels. The difficulty was to adjust the balances, without scarring too much. The result is very interesting, a nose with discreet woody scents and a rich sake with marked umami and a long finish.

A sake produced in cedar barrels 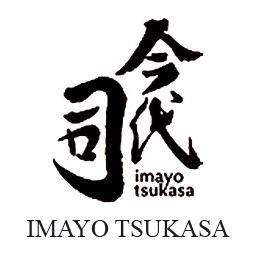