The Shuho Shuzojo Brewery is located in the heart of Yamagata Prefecture, north of Honshu, an area surrounded by mountains, with lots of snow in the winter, making it ideal for sake production. It is also known as "Ginjo Okoku", the Ginjo Empire, because the number and variety of Ginjo sake produced in Yamagata is far greater than anything else in other prefectures in Japan. 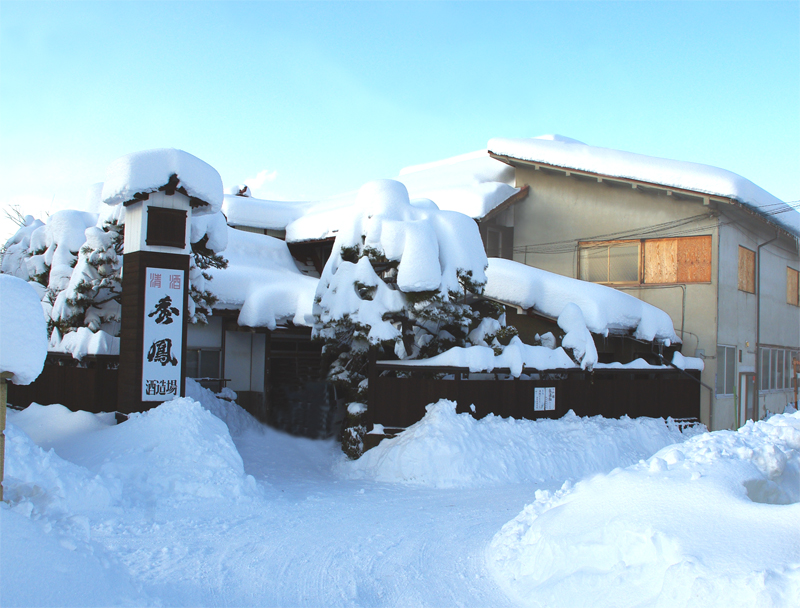 n Yamagata, each brewery has its own style, an incredible diversity which has a double origin: on the one hand, the geography of the place. Each mountain or hill on which the breweries are installed has its own microclimate and its own spring water, which varies from one place to another. On the other hand, the human factor, with Toji (master brewer) who are very independent because they have no direct link with the classical schools of the neighboring prefectures and the Kurabito (employees of the brewery), the vast majority of whom are natives of Yamagata. All of which is enough to forge a strong identity for the region's sake. Shuho Shuzojo was founded in Meiji 23 (1890), at the foot of the famous Zaô mountain range in the north-east of the city. This family-owned brewery produces almost exclusively Ginjo class sake, with an average of 46% semaibuaï (rice polishing) in all its vintages, an exceptionally high figure. The brewery is very much focused on the respect of traditional techniques and on the quality of its products, and for the past few years it has become the rising star of Yamagata Prefecture thanks to the talents of the new generation.

Expressive and dry, a unique Daïginjo.

A Junmaï Daïginjo Genshu with a powerful, lively and crystalline nose, with aromas of green melon, muscat grapes and white flowers. Juicy on the palate, refreshing, we find the fruity sensations sensed on the nose, punctuated by fine notes of citrus zests. These elegant characteristics, classically associated with the Daïginjo category, are generally accompanied by a marked sweetness. It is on this point that Shuho is totally different from other sake. Beyond the fruity sensations, we have an incredibly precise and very dry sake, with a Nihonshudo of +10! Obtaining such a Daïginjo is a technical feat that elevates it to the rank of a unique sake in the Daïginjo universe.

Tasting advice: a fascinating sake, by its method and its unique aromatic profile. At the same time lively, fresh, fruity and complex. A strong impact, with a present umami and deep, powerful flavors. To be discovered at different temperatures, from fresh to room temperature.