Ducks in the rice field, Kameman

Have you ever tasted a sake made from raw rice, otherwise known as Genmai rice? Discover the story of Kameman Genmaïshu, certainly one of the most successful sake in the microcosm of sake made from Genmaï rice. 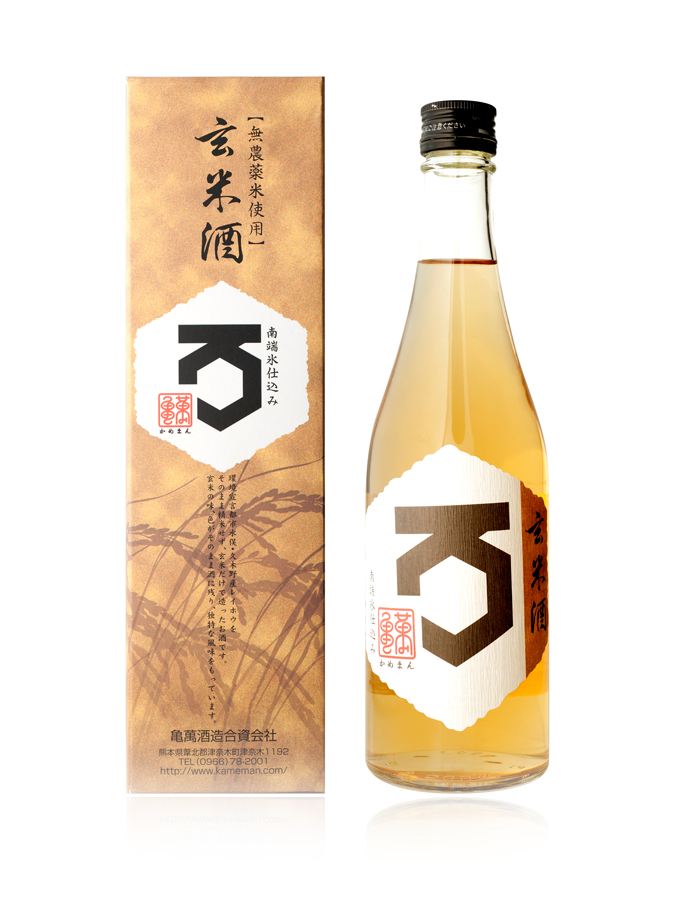 The doctor, his brewery, a combination of circumstances
Kameman Shuzo's small family brewery is located in the heart of Kumamoto Prefecture, west of Kyushu Island. Its history is relatively recent as it was established only in 1916 by Chinju TAKEDA, a young doctor, heir to a long dynasty of doctors in the Kumamoto region. The birth of the brewery came about as a result of a rather comical combination of circumstances. Indeed, in this rural area, it was common for farmers to pay for their medical consultations in sacks of rice. Every year, as the months passed, Dr. Takeda would see the rice accumulate but was unable to consume it in its entirety. That's why the brewery was created, to transform the rice received in exchange for good care into sake!

However, a difficulty was added to the project: Kumamoto Prefecture is situated in the extreme south-west of Japan, a temperate and very sunny zone reminiscent in every way of certain Mediterranean regions. This climate is not very conducive to the production of sake, which was traditionally made in the north of the country, for reasons of stability. The work on the yeasts was therefore essential, and Dr. Takeda's knowledge and scientific rigor were decisive in adjusting the production conditions as best as possible. Today, Kameman Shuzo can boast of being the southernmost sake brewery in Japan. It continues to work on the same basis as that developed by Dr. Takeda in 1916, without vat refrigeration and using only local rice.

Ducks in the rice fields for rice cultivation in Aigamo
The great originality of Kameman Genmaïshu sake comes from the fact that it is made from rice cultivated according to the "Aïgamo" method. This way of cultivating rice is an ancestral technique originating in China, which was re-imagined about twenty years ago by the Japanese Takao Fuuno. It consists of raising, within the rice field, a colony of ducks that feed on insects and weeds, thus preventing their development. Their droppings are used as fertilizer and they naturally aerate the soil by digging it up in search of food. 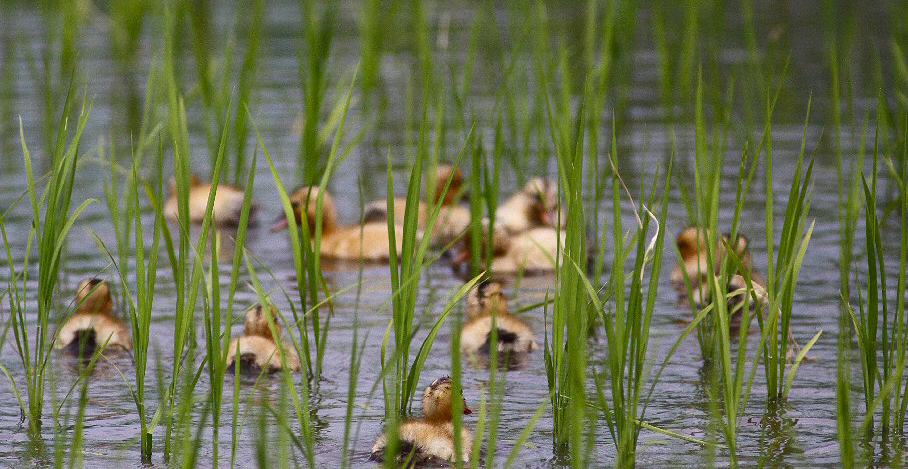 Thanks to the presence of ducks, the rice fields are kept healthy and the use of chemicals and human intervention is avoided. The rice obtained can be used in the production of sake without polishing. It is a rice called "Genmai".

Producing sake from Genmai rice is extremely rare because it is a difficult rice to work with. But Kameman Shuzo masters the technique perfectly and produces a beautiful sake.

Kameman Shuzo's astonishing aromatic profile
Kameman is a clear sake, golden in color with copper highlights. The nose is woody, it clearly evokes honey, roasted cereals and dried fruits on a straw background. The palate is smooth and fruity. It evolves on lively notes of citrus fruits and we find the fruit that we had expected on the nose, apple and pear. It becomes lively and warm. Toasted notes are expressed and almost remind those of a whisky. It is a very homogeneous sake, round while remaining lively.

Suggestions of agreements
With its notes of honey and dried fruits, and its relatively soft soul, Kameman will go wonderfully well with your desserts, especially chocolate desserts mixed with citrus or fruit. Its mouth is however lively and it will marry without complex with your savoury dishes, meats or game cooked on variations of sweet and sour, or spicy dishes. 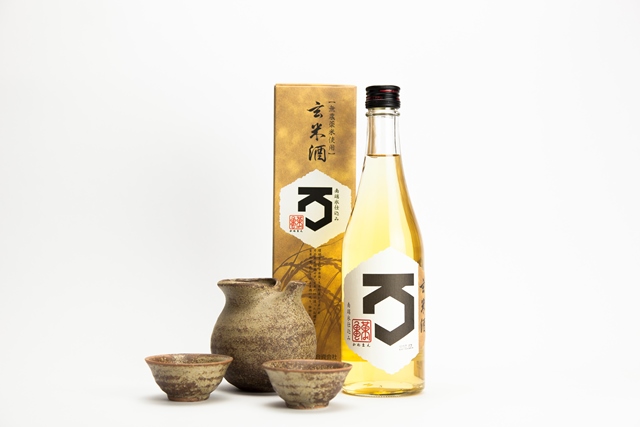 "Earth" composition for a gift idea
For the end of year celebrations, discover Kameman Genmaïshu in this composition of a bottle, a tokuri and two chokos, a traditional stoneware service with a rustic and natural look that matches very well with the spirit of Kameman. <p style="text-align: justify;">The rice used for the production of this sake is not milled, but used as it is after the harvest. For that purpose, it is cultivated according to a particular method called "Aïgamo", a Chinese ancestral technique, re-imagined about twenty years ago by Takao FURUNO. <br /><br /><strong>Produced from "Aïgamo" rice, this sake is really unique. To discover absolutely! </strong><br /><br /><span style="color: #9b9b9b;">亀萬 玄米酒 亀萬酒造（熊本県）</span><br /><span style="color: #9b9b9b;">50cl - Alc. 15% Vol.</span></p>