Here is an original initiative by Japan's last independent cooper, Ariake Sangyo in Miyazaki. With the idea of giving a Japanese tone to the ageing of spirits, he decided to make barrels from local wood species, cherry and chestnut. Two of their most emblematic products: Tarukura Sakura and Tarukura Kuri. 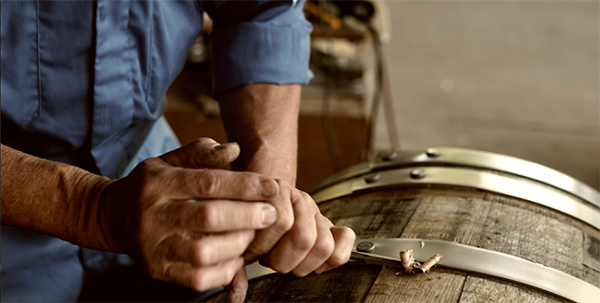 Ariake Sangyo is the last independent cooperage in Japan. It continues to make its barrels by hand, with old-fashioned carbonization.

ABOUT ARIAKE SANGYO
Ariake Sangyo is a Japanese company founded in 1963 by Toshio Odawara in the Fushimi district of Kyoto, the heart of sake production in that region. Its original business was to supply brewers with wooden crates for transporting sake bottles. 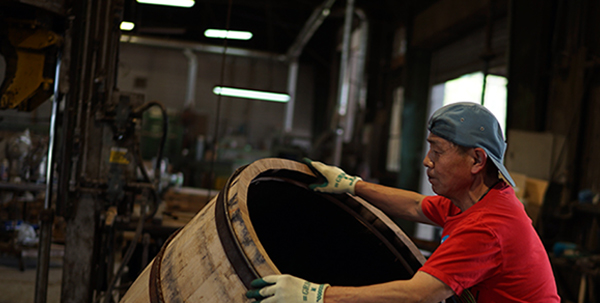 Ariake Sangyo is the last independent cooperage in Japan. It continues to make its barrels by hand, with old-fashioned carbonization.

In the early 1980s, as ties with the spirits world grew closer, Ariake decided to build its first cooperage in Miyazaki. It was on the island of Kyushu, a vast land and the birthplace of shochu, that a simple idea was born: to provide shochu and whisky producers with the means to age their juices. The quality of the casks it produces will make its reputation and its success until today.

The tradition of ageing distilled beverages is relatively recent in Japan and, although it was adopted almost a century ago, particularly for whisky, it is largely inspired by Western habits. It is in this context that this very innovative project, called "Taruski", was launched by the current director of Ariake Sangyo, Nobuyuki Odawara. Driven by the spirit of innovation that characterises his family, his objective is to move towards the use of local wood species with the idea of seeing a new generation of spirits emerge, spirits marked with a pure Japanese identity. We would like to take you on a journey to discover its latest experiments, the fruit of collaboration with the Oishi Shuzo shochu distillery in Kumamoto. Let's discover Tarukura Kuri and Tarukura Sakura!

shochu is a distilled drink produced in Japan from various ingredients such as rice, barley, sweet potato, chestnut, buckwheat, etc. These elements are added to a fermentation starter which is always done on a rice base, then the result is distilled and finally reduced to 25% alcohol by volume.
Both typical and refined, its origins date back to the Muromachi era (16th century), when distillation techniques from the Middle East via the countries of southern Asia, and in particular Okinawa, arrived on the main islands of Japan. It is in Kyushu that shochu is said to have originated and certain regions are now immensely famous, such as Kagoshima, Oita, and Kumamoto. There are no less than 350 factories that distribute their products throughout Japan and abroad.

TARUKURA SAKURA
The first of two products in the series, this rice shochu is aged for two years in Japanese cherry barrels. The nose is fresh, delicate and very present. It evokes slightly woody and smoky notes, but also fruity, floral and vegetal. The palate is supple and silky, almost creamy, returning to fruity notes. It becomes spicy and warm with a round and spicy finish. 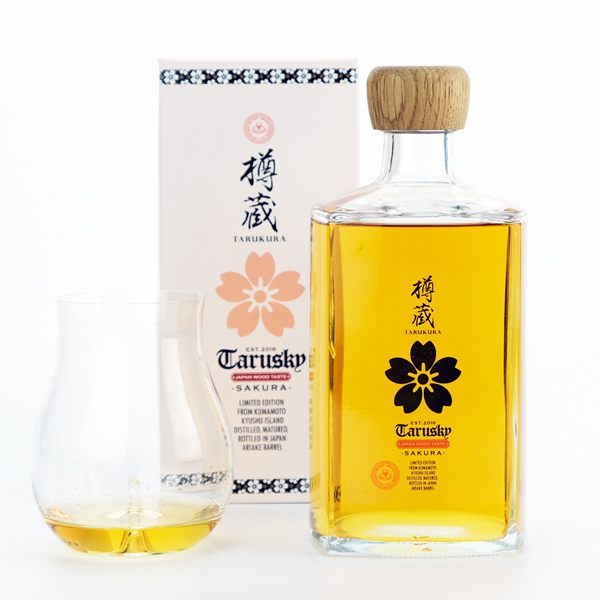 TARUKURA KURI
Still on a rice base, this second shochu in the series is still on a rice base and is aged for two years in chestnut casks. The nose is both light and deep, evoking roasted cereals, hazelnut, cocoa and chestnut. The palate is soft and unctuous, with complex notes of undergrowth and mushroom. It becomes warm and spicy, drier. In the end, a nice balance between sweetness and bitterness.. 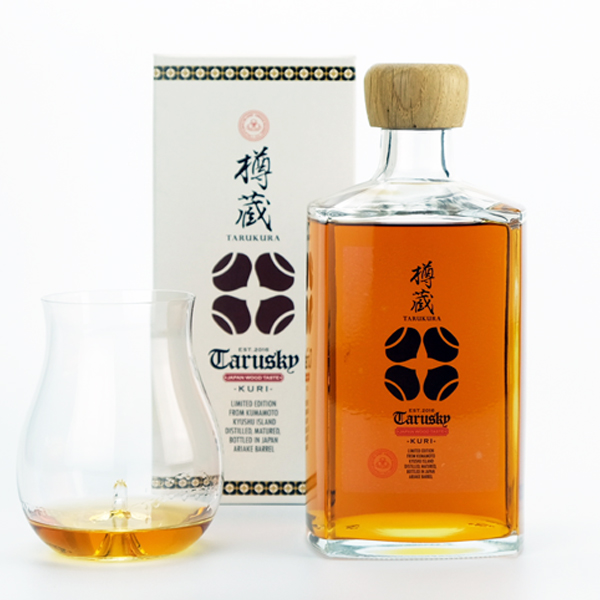