Sake is omnipresent in Japanese culture and is regularly portrayed in popular media. Cartoons are no exception. It is used in manga to immerse the reader in a traditional atmosphere, but also to bring a touch of humor to the story. Let's look at some examples. 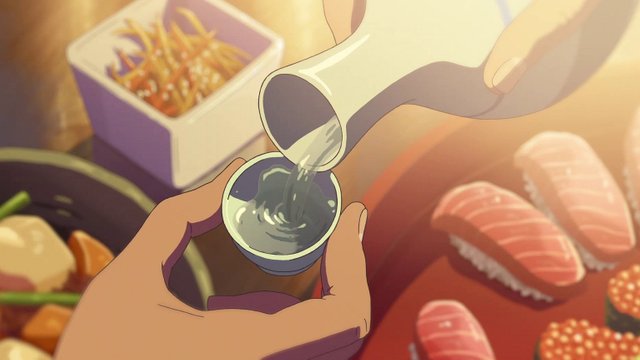 (Illustration of the movie Your Name - Edition @Anime)

In many manga aimed at an adult audience, sake is associated with the social activity of the characters, a drink for office workers who want to discuss their daily lives, relax, or have fun after a long day at work. In comedy-style manga, it is used for comic purposes to get certain characters drunk, but also as a competitive contest, the idea being to find out who will best resist its effects. It appears regularly in Shonen, the manga for male teenagers. Let's see this through some examples.

SAKE IN POPULAR SHONEN*.
(* manga for male teenagers)
There is a cult sake scene in the well-known One Piece (episode 496) where, in a flashback, Luffy, the most famous pirate, shares a cup of Nihonshu with two childhood friends. More than a test of virility (it should be noted that they are children at the time and are not supposed to drink alcohol), this cup symbolizes the hope of finding each other in the future and remaining brothers despite the separation of their paths. 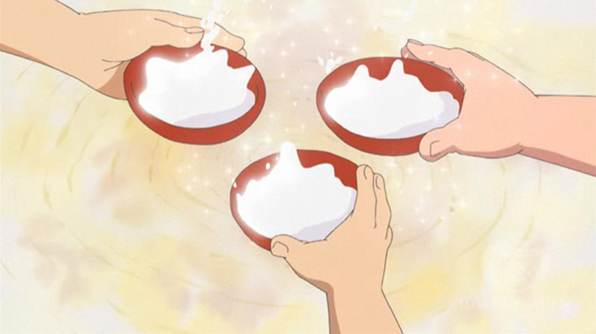 
At that very moment, the character Ace basically says, "It's possible that all three of us might be on a different ship (...) Did you guys know that? They say that if we exchange cups, we become brothers... ". The adventure of the famous pirate with the straw hat would certainly not have unfolded in the same way without this sake sakazuki.

In the no less famous Naruto, Rock Lee accidentally drinks sake during his fight against Kimimaro (season 5, episode 18). Drunk, Lee finds himself executing almost unwillingly the Kungfu technique of the "drunken style" completely destabilizing his enemy. Sake will thus save Rock Lee and the drink is used this time for comic purposes, but also as a beverage conferring a certain power to the one who consumes it. 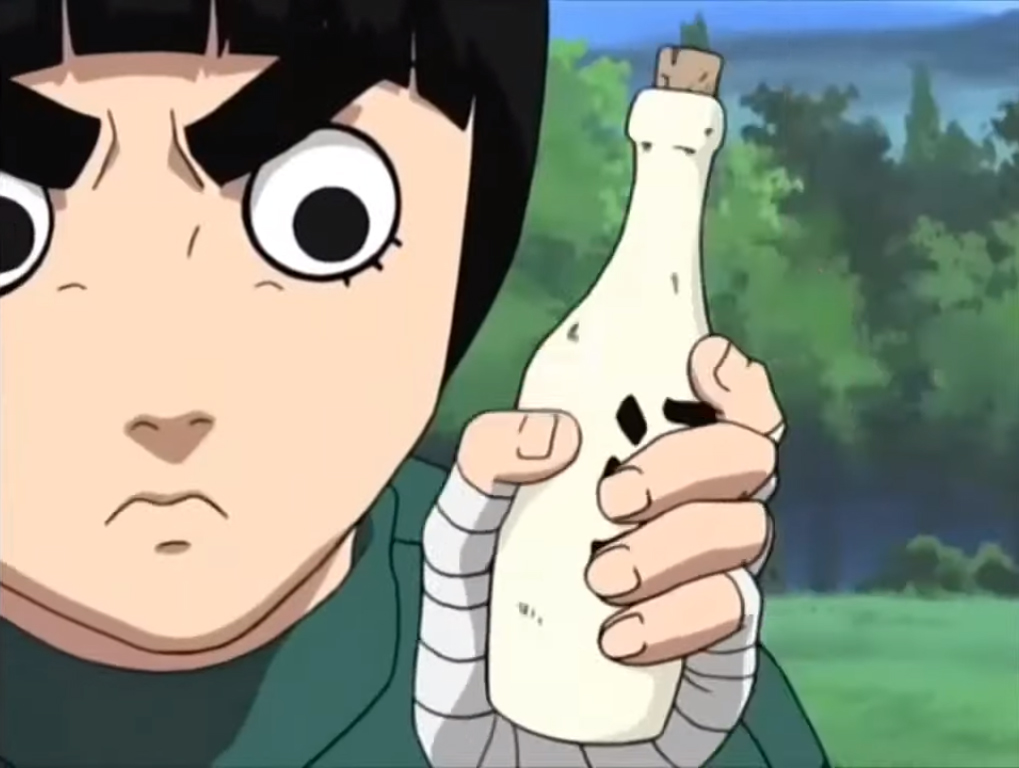 IN THE SLICE OF LIFE MANGA.
Sake is part of the social bond, it allows office workers to get together after a long day's work, the time to take off the masks. It is therefore not uncommon to see Love Hina's heroes raising a cup to celebrate an event, a party or a change of season. Sumire, in Kimi wa pet, prefers to drink in smaller groups to confide her everyday problems.

In the entertaining anime Love is like a cocktail, many mixology recipes are presented. Sora, the protagonist, uses various drinks, including sake, to prepare beautiful cocktails and to satisfy his beloved wife Chisato, such as "mikan Breeze", a koshu (aged) sake made with mikan juice. 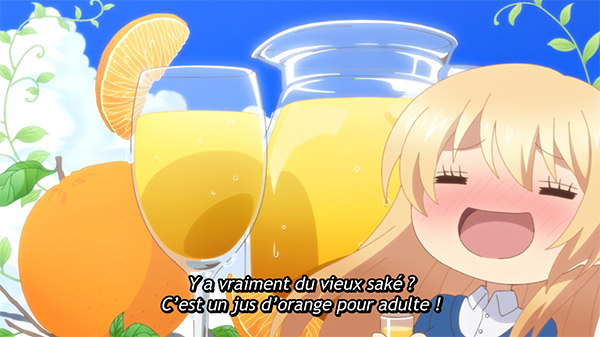 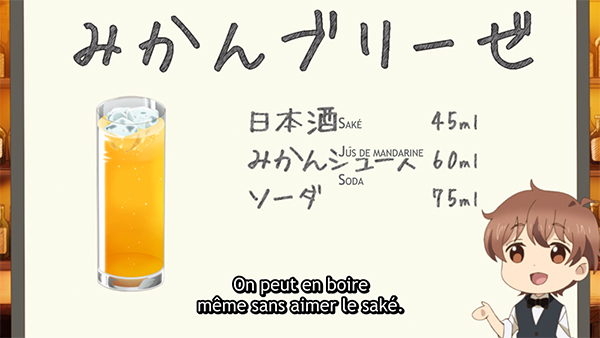 Illustration of "Love is like a cocktail", available for free on the Crunchyroll streaming platform  Crunchyroll

IN THE SEINEN* SPECIALIZED ON SAKE
(* manga for adults)
Sake is sometimes at the heart of the plot, as in Natsuko no Sake, which has been on sale in France since 2019. It tells the story of a young girl whose goal is to grow a unique rice in order to produce the best sake in the world. A number of manga dealing with the subject have not yet arrived in France, but deserve our attention. For example, Kuroudo introduces us to the heart of sake production through Claude Buttermaker, an American who settled in Japan and wanted to take over his great-grandfather's brewery. Despite his distant Japanese roots, he is a foreigner in this country and succeeding in this field is no small feat. Sake no hosomichi takes us to the heart of Japanese gastronomy with, as his name suggests, a strong representation of sake. The manga and anime that integrate sake into gastronomy are countless, such as Food Wars. Sake is also presented as an ingredient, and rightly so, it is one of the pillars of Japanese cuisine along with soy sauce, miso, rice vinegar.

IN ANIMATED FILMS
There are many examples, but the most remarkable is certainly the passage in Your Name. Sake is associated with mystical powers linked to the Shinto cult. We discover the young heroine Mitsuha preparing "kuchikami no sake", an ancestral method of chewing rice before spitting it out to initiate the fermentation process. Today, no saliva, this role is performed by the "koji-kin", but the sacred dimension of the drink is still intact. 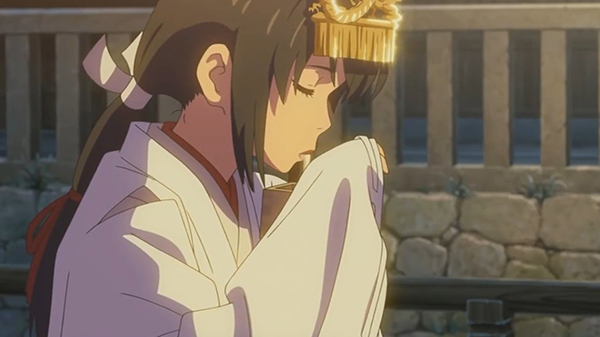 Illustration from the movie Your Name - Edition @Anime - Mitsuha spitting out the chewed rice to start the fermentation of sake.

WHEN THE BREWERS APPEAR
Usually the reader does not know the origin of the sake, but sometimes the producers are represented in the manga. They do not hide their pride to appear in manga! A very recent example here is the presence of the Tonoike Shuzo brewery in the 1000th chapter of One Piece. Triple Wouah !!! An appearance shared by Shuchuke Tonoike, the owner of the brewery and widely commented on Facebook. 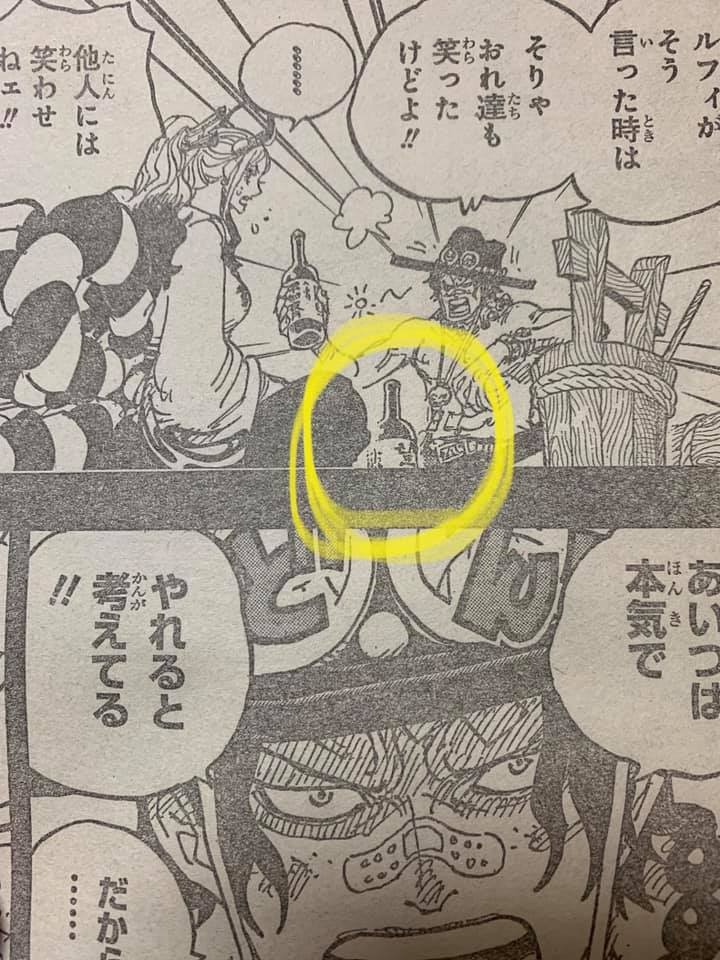 Illustration of One Piece with a bottle of Sake Bo: from the Tonoike Shuzo brewery - source Weekly Shonen Jump.

The bottle in question could be this one, who knows... Bo: Tokubetsu Junmai 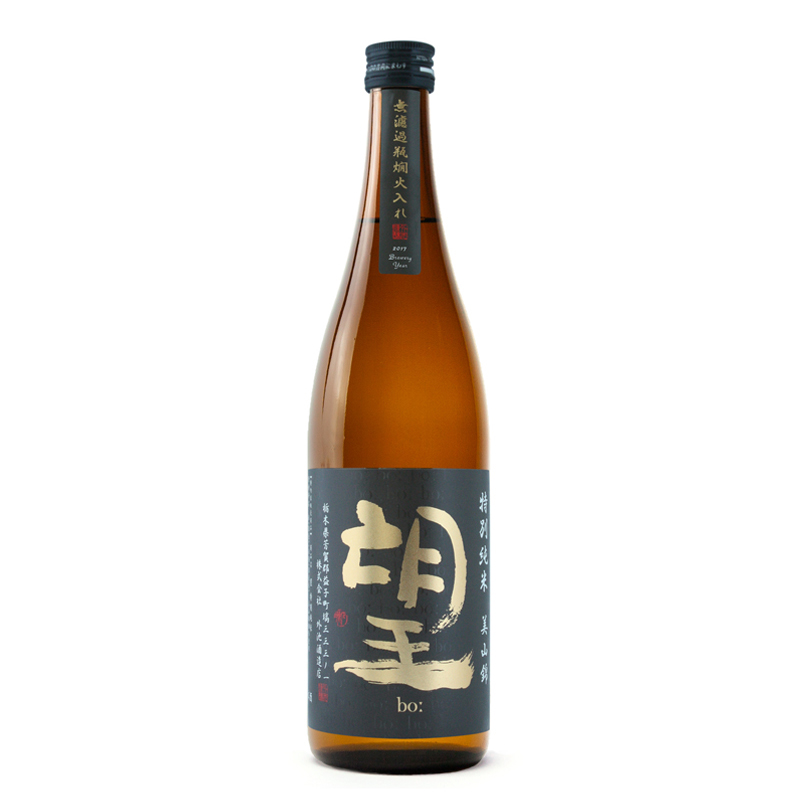 We hope that this little nod to the manga culture will have interested you. If you too are a fan of manga and have additional information on the subject, do not hesitate to let us know!