The importance of yeast

In the course of the tastings we organize throughout the year, it is surprising to notice that one question keeps coming up again and again, the question of what determines the aromatic profile of a sake. How, from an element as simple as rice, it was possible to obtain such flavors... We asked this question directly to Mr. Itoigawa, Toji and thus responsible for the production of Asahara Shuzo in Saitama. 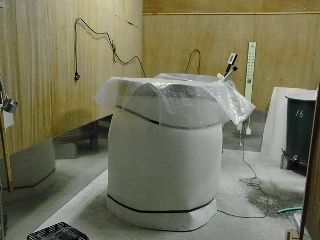 Itoigawa San is less than forty years old, which is quite young in the Toji world. He speaks with passion about his products and the style he likes to give them. Sake with a strong character, articulated around three axes: richness, fruitiness and freshness. Sake that he also wants to be easy to drink, with a good balance between sweetness and acidity, and above all, tension and liveliness to avoid tasting boredom. Mr. Itogawa could talk about his sake forever, comparing it with each other or with other houses, but when asked what exactly decides the style, Mr. Itogawa's answer is unclear. According to him, there is something magical about sake production, a magic that is mainly in the choice and processing of the yeast.

"Yeast selection is crucial, and in recent history production has moved from methods where yeasts were chosen for their effectiveness in producing alcohol to very different stylistic orientations. Still relevant today is the current generation of very fine sake, the smooth Ginjo or Daïginjo, with floral and fruity notes. And then a more current trend is developing, with production aiming to create very original sake, "signature" sake with a unique character, like an imprint for each brewery. In this movement, the development and use of new strains of yeast has allowed the expression of completely new styles, sometimes far off the beaten track.

It is important to know that when producing sake, one has the choice of using two main types of yeast. The first type corresponds to commercially available yeasts. They are practical because they are accessible, of excellent quality, and above all reassuring insofar as we know their behavior during fermentation. Consequently, we know more or less the aromatic profile they are capable of generating. 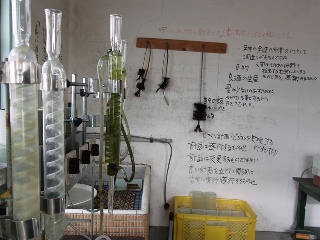 And then there is the second type, which corresponds to the yeasts that are developed within the brewery itself. It is a research work that requires a lot of time and patience because the yeasts obtained can be difficult to master. It is a risk, but it is the key to developing one's own style by innovating on sake with original flavors. Playing with yeast opens up the field of possibilities. For example on the flavor of sake, by deciding to develop a first nose (uwadachika) that is strong, or on the opposite, light. Depending on the yeasts, one will have particularly rich noses (on bananas for example), or fresh (on green apples), or floral and powerful (on roses).

But the influence of the yeasts is not limited to the nose. They will also play on the perceptions in the mouth and are capable of giving for example a marked acidity, with sensations of precision and minerality, or on the contrary, sake with more roundness when the acidity is lower. One can insist on fukumika, the powerful expression of the fragrances when the sake enters the mouth, or, on the contrary, look for odayaka, with a more balanced expression.

Here at the Asahara brewery, we use three strains of homemade yeast in parallel with commercial yeasts. A balanced dosage that allows the brewery to develop its range in complete peace of mind, while creating its own style.

But no matter which yeast is used, the imperative is that it works harmoniously throughout the fermentation process and matches perfectly with the chosen rice, at a given degree of polish. Yeasts are inseparable from the whole and it is at this level that our experience in Toji is preponderant. So, even if the same gestures are repeated from one year to the next, the result can be different and the variations are often in details such as the rinsing time of the rice, or the degree of humidity. Anticipating the behavior of the yeasts also requires a good knowledge of the rice and I always keep in mind the climatic conditions that prevailed throughout the year. This gives me valuable clues to adjust the parameters as best as possible. The yeasts and their behavior represent this magical element in the sake production, so much so that at the beginning of each season, I have the feeling that I am rediscovering everything and becoming a beginner again".