The origin of Noto Toji

Discover the Brewery
Sogen Brewery is located at the northern tip of the Noto Peninsula, north of Ishikawa Prefecture on the west coast of Japan. It is an isolated, sparsely populated region, and therefore preserved from any industrialization. The climate is pleasant during the summer season, but it becomes very harsh in winter, when the Siberian anticyclone meets the warm Tsushima current. It is then important snowfalls that occur between December and March. These snowfalls are enough to forge a beautiful terroir for sake. It was founded in 1768 and is the oldest brewery in the region. It corresponds to the place of origin of the Noto Toji guild, one of the major sake producing groups in the country.

Discover the brewery of Sogen in video

Today, production is handled by Yukio Sakaguchi, a leading figure in the world of toji, recognized throughout the country as a "sake master". His personality, his expertise and the numerous recognitions he has accumulated over the years make him a source of pride for the region. He continues to bring the Noto Ryu to life with the most beautiful energy, towards young Tojis, but also by bringing his own variations of style to it on a daily basis.

The Sogen Sword of Samuraï Sake
The Noto style is the source of powerful and exuberantly flavoured sake and this is what we find with Sword of Samuraï, an ultra-sophisticated, rich and well-structured junmaï sake. 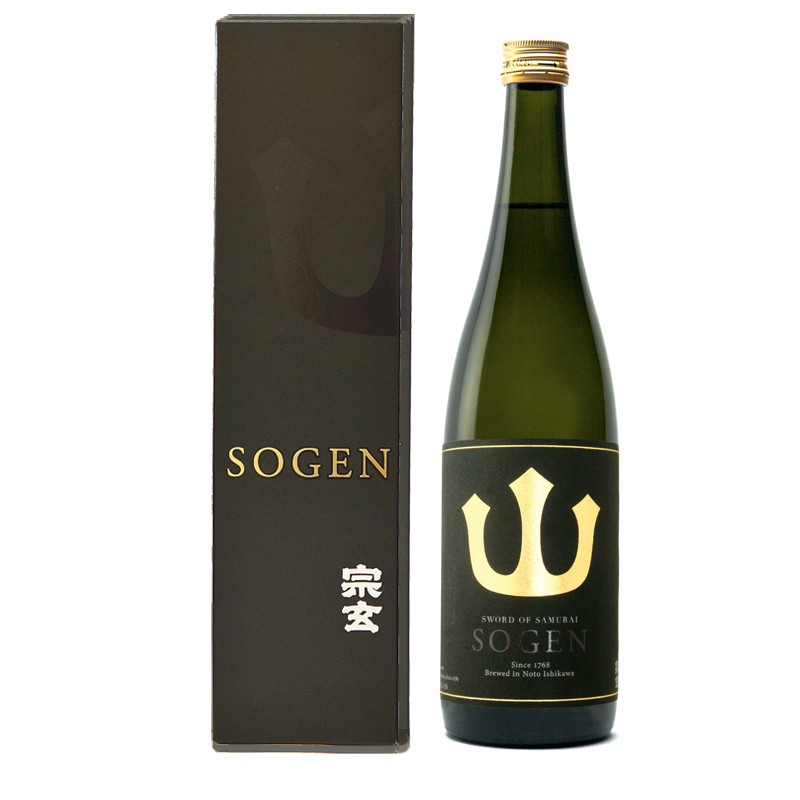 A sake with a remarkably expressive nose for a product in the junmai category, marked by fruity aromas of banana, pear, with hints of cereals and lactic notes of fresh yogurt. On the palate, one clearly finds the fruity sensations sensed on the nose accompanied by a good acidity and a present umami. The structure is limpid with a lot of vivacity. It then evolves on notes of ripe fruit (fig, dried apricot). The finish is long, punctuated by a nice bitterness, it brings a lot of freshness.

Our tasting advices
This rich and fresh junmai can be served as an aperitif or throughout the meal. An easy sake to associate with many culinary preparations, it accompanies with great ease dishes with a strong taste, grills, sauces. To be discovered at different temperatures, from fresh to heated.