We are pleased to take you to the heart of Gunma Prefecture to tell you a new story of kura that is being reborn thanks to the enthusiasm of the new generation. While these stories of brewers returning to the fold after an urban experience are legion, they are often an opportunity to discover the atypical path of the protagonists and to see that their contribution to the sake industry is far from neutral. There are those who do better by paying attention to details, updating family methods, modernising equipment, and then there are those who do better by making a radical change. Tsuchida Shuzo is one of these, with a really bold move to use less interventionist techniques and more in tune with the natural mechanisms surrounding fermentation. We tell you all about it! 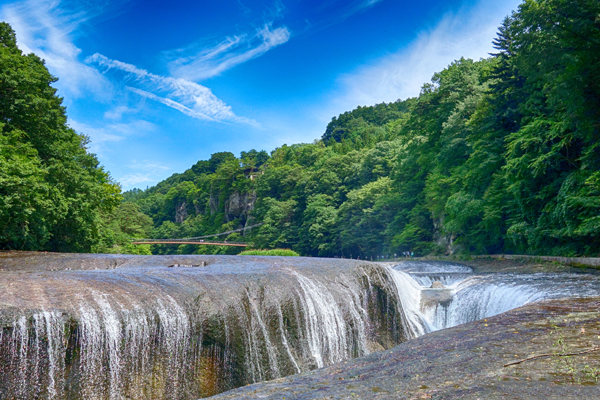 In the vicinity of Numata, "the place of rivers"

TSUCHIDA SHUZO BREWERY
Tsuchida Shuzo was founded in 1907 in the town of Numata, in the heart of Gunma Prefecture, before moving to the nearby village of Kawaba to take advantage of the excellent quality of the spring water. In fact, the name of this village of about 3500 souls literally means "the place of rivers", as no less than six streams converge in its southern part before flowing into the Tone River. In other words, there is no shortage of water!
From the very beginning, Tsuchida Shuzo has attracted the attention of the local inhabitants, but also of the many visitors who come to relax in this region of hot springs easily accessible from Tokyo. The brewery's production volumes were then significant, reaching up to 3000 goku (0.5 million litres/year), for a relatively ordinary sake. 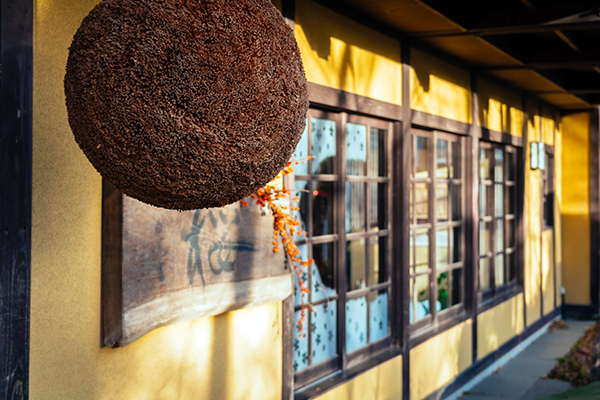 Tsuchida Shuzo brewery was founded in 1907 in the town of Numata, Gunma

It is only very recently, under the impulse of Yuji Tsuchida, descendant of this line of brewers, that the brewery took a decisive turn. While working for a famous Japanese video game publisher (Capcom for those in the know...), Yuji Tsuchida discovered a passion for the world of micro-organisms and was convinced that he had to take over the family business very quickly. A return to his roots in which he was accompanied by Genki Hoshino, a young Toji of only 21 years old at the time.
Faced with an ageing local population and the new challenges facing sake, he decided in 2016 to switch the entire production to the Yamahai method while reducing volumes. This radical change was accompanied by the implementation of a number of truly daring technical measures: the use of "strong koji", the preparation of a fermentation starter in the Bodaïmoto method, the use of rice with a low polishing rate (some of which are consumption rice), and the use of wild yeast. 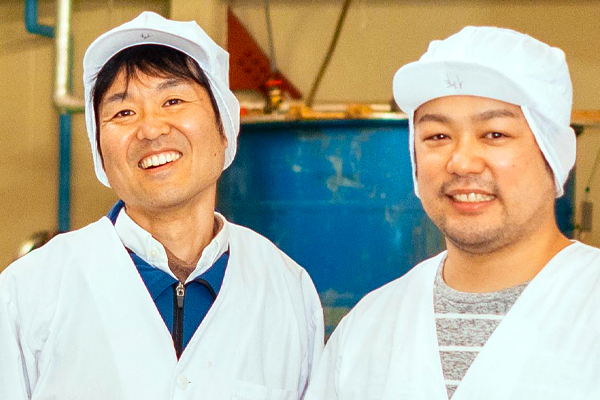 Yuji Tsuchida and Genki Hoshino have made drastic changes

But Yuji Tsuchida is not interested in nostalgia. The decision to introduce these old methods was made to allow life to develop in the brewery. The whole atmosphere of the brewery has been changed. Fermentation now takes place in an environment rich in wild yeast and more than 140 types of bacteria. All of which adds a great deal of complexity to the sakes! Sakes that are both sophisticated and racy, unique to each vintage. A superbly mastered variability that puts the notions of vintage and terroir back into the game.

Technique : "strong koji" vs "tsuki haze"
In the preparation of koji, tsuki haze is the development of mould towards the inside of the rice grain, as opposed to so haze which is on the surface. This is possible due to the conditions chosen for the koji chamber and tsuki haze is classically used in the production of Ginjo and Daiginjo sakes. The case of Tsuchida Kimoto Junmai Ginjo is quite special as the brewer does not use "tsuki haze" but uses a "strong koji".

"...If you want to make a good Kimoto, you have to concentrate on producing a good koji that gives the final product a good structure. The strain we use is old and very powerful. The koji is therefore prepared quickly, in about 40 hours compared to the 60 hours needed for Tsuki Haze. We noticed that the quick preparation allowed us to bring a lot of subtlety and lightness to our sakes.

TSUCHIDA KIMOTO JUNMAÏ GINJO
72cl - alc 15% vol
This is the sake that revealed the revival of Tsuchida Shuzo's brewery. It is the first batch following the decision to switch production to the Yamahai method (the change to the all-Kimoto method will not take place until 2019, and so it is named today). A Ginjo sake that is part of a movement that favours the development of natural relationships between the brewery's micro-organisms, as opposed to the absolute control usually found in the elaboration of this class of sakes. This is reflected in the use of this ancient strain of koji, which is rarely or no longer used today. No "Tsuki Haze" here, but this powerful mushroom which is prepared quickly. 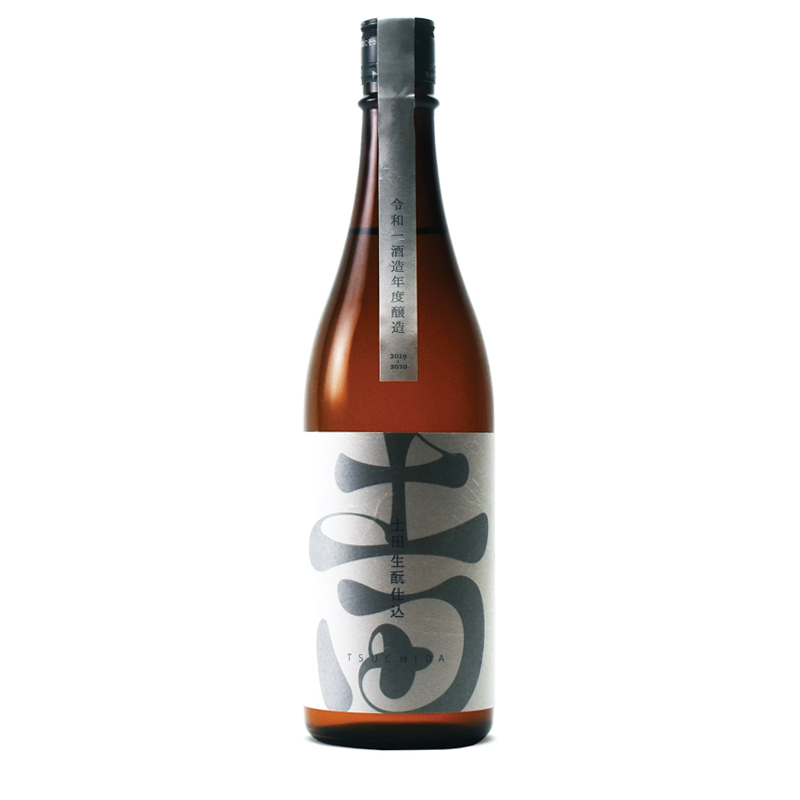 This spearhead alone illustrates the passion that Yuji Tsuchida puts into his projects. We discover an atypical Ginjo with a clean nose, with subtle notes of yoghurt and banana. The palate is round, with great clarity and freshness. It opens with fruity flavours that become very complex, the result of the brewery's particular microbiological environment. The structure is ample, rich without being heavy thanks to a frank umami and above all a beautiful acidity.
If you think you've already had a good look at Ginjo sakes, give this Kimoto a try, you won't be disappointed !

Following their evolution towards the Kimoto method, here is the new challenge taken up by the brewery. Here we are on the use of consumer rice with a low polish, only 90%. The shubo is developed on a kimoto method and the fermentation is done with wild yeasts. As the rice is not very polished, it liquefies very slowly and it is difficult in these conditions to predict the final result accurately. The method is risky, but it is the foundation of a fascinating complexity of flavours remarkably tamed by the Toji technique. We approach sake as it was produced in the past, a sake that is racy, powerful, almost wild. 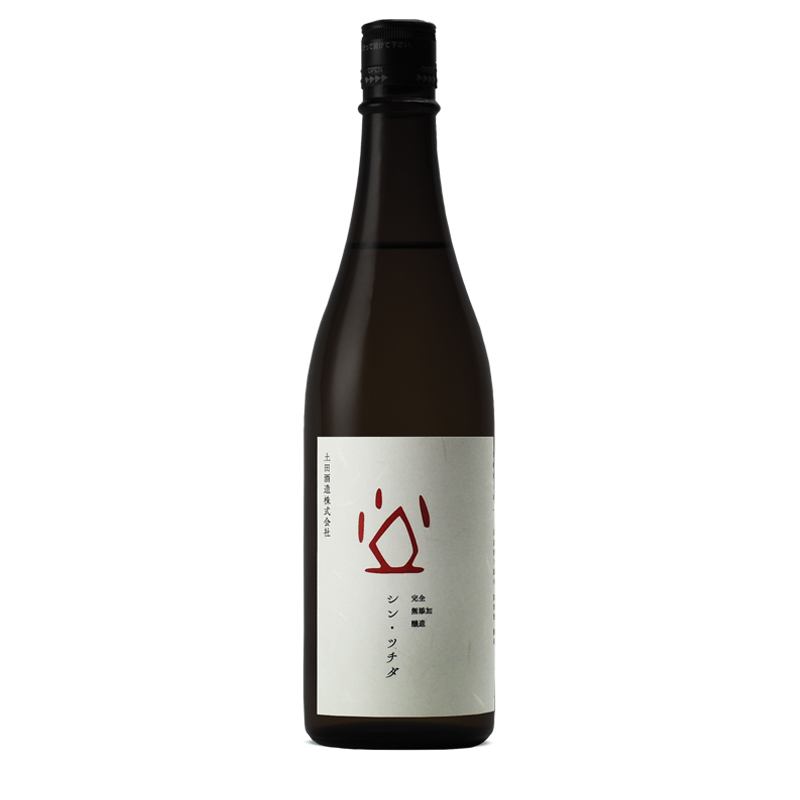 On tasting, the nose of Shin Tsuchida presents aromas of cereals mixed with pear. Silky on the palate, the umami is rich and the acidity frank. It brings a juicy and fresh sensation. On the recommendation of Yuji Tsuchuda, we opened it and left it at room temperature for several weeks. A heresy you might say? Not at all! The aromas open up to an incredible complexity, a mastered power, in a superb balance.

To get a good feel for the brewery, we recommend you start at Tsuchida Kimoto Junmai Ginjo before moving on to Shin Tsuchida. This will give you an idea of the evolution of their work.