Home > Blog > News > Yamagata, the Kingdom of the Ginjo

Yamagata, the Kingdom of the Ginjo

If your ears quiver at the mention of the word Ginjo and you only swear by the degree of polish of the rice, then you are on the right track... at least for today! We suggest you to visit the Shuho Shuzojo brewery in the heart of the Yamagata Prefecture, a region known as " The Kingdom of Ginjo " in the world of sake. Follow us, we'll tell you more about it right away... 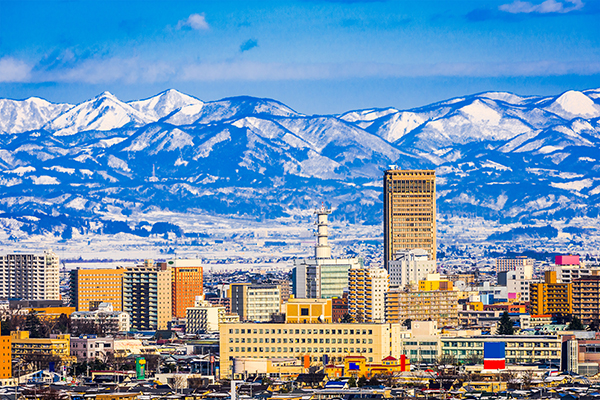 View of the city of Yamagata, a plain surrounded by mountains.

YAMAGATA, THE KINGDOM OF GINJO
Located in the north of Honshu, on the edge of the Sea of Japan, Yamagata Prefecture is a cold mountainous region, with lots of snow in winter. It gathers some of the most famous peaks of the country with in particular the mounts Dewa, Yudono, Gassan, Zaô. Each of them is close to 2000m and supplies water to the central plain where the capital Yamagata City and its 250,000 inhabitants are located. 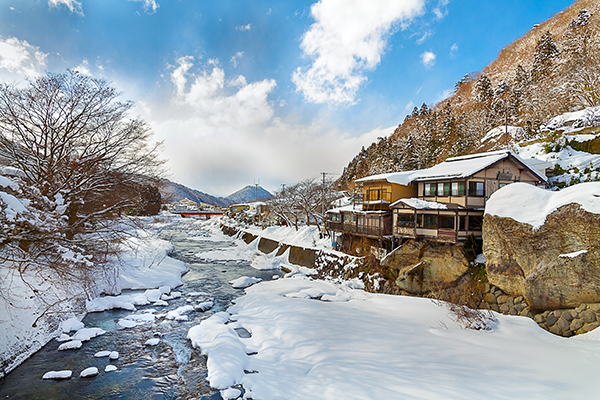 The onsens of Yamadera in Yamagata Prefecture.

In the world of sake, Yamagata is nicknamed "Ginjo Okoku", or "The Kingdom of Ginjo", simply because the variety of Ginjo sakes produced here is far superior to anything found in other prefectures. In Yamagata more than anywhere else, each brewery has its own style. This incredible diversity can be explained by two main factors. On the one hand, the geography of the place: each mountain, hill, or piece of plain on which the breweries are installed has its own spring water with very particular physico-chemical characteristics. As water is an essential factor in determining the quality and style of sake, one can imagine how much this can influence the diversity of the products. On the other hand, this diversity can be explained by the human factor: the Toji, or master brewers, are completely independent because they have no direct link with the classic guilds of the neighbouring prefectures, and then the Kurabito, the employees of the brewery, the vast majority of whom are native to Yamagata. This gives the sake of the region a strong identity!

THE SHUHO SHUZOJO BREWERY
The Shuho Shuzojo sake brewery was founded in Meiji 23 (1890) in the northeast of Yamagata city, at the foot of the Zaô mountain range. It is a family brewery that produces almost exclusively Ginjo class sakes with an average semibuai* of 46% on all its vintages, a particularly high figure!
(*semaibuai = rice polishing rate) 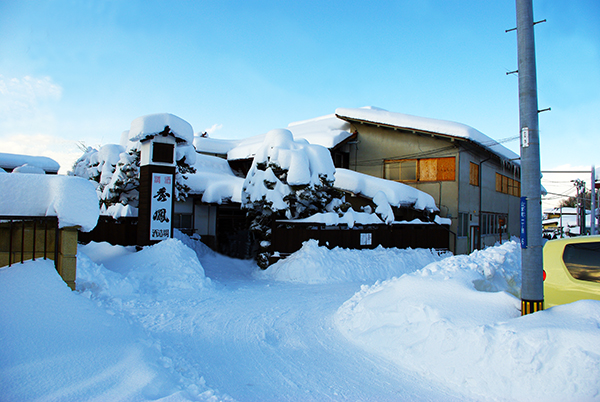 The youngest son, M. Takeda, took over the reins six years ago after working for a while as a scientist in the development of fibre-optic communication systems. Under his leadership, the brewery is now experiencing remarkable growth in the Japanese market, as well as on the export market, with a presence in more than 12 countries. 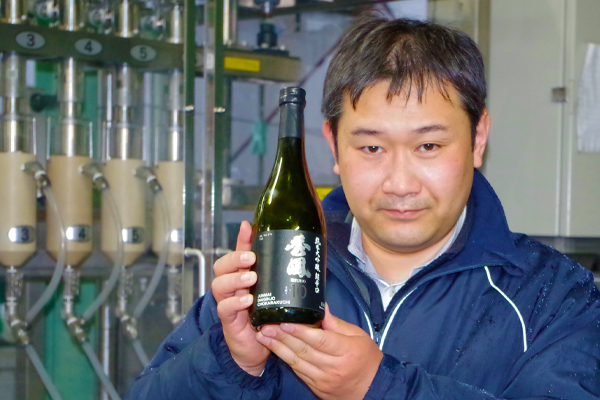 Mr Takeda took over the family brewery 6 years ago.

"Yamagata is surrounded by prefectures with a strong reputation for sake production, Akita, Niigata, Fukushima, regions where quality goes hand in hand with volume. As a result, sakes from these regions were in the majority and are still consumed here in Yamagata! In response to these giants, considerable efforts were made in the 1980s, with valuable coordination between producers and rice growers, all supported by the local administration. The orientation towards Ginjo class sake and the establishment of a research centre for the improvement of techniques allowed a huge leap forward. This led to the development of a number of local rices developed to suit the Yamagata climate, the most famous being Kamenoo, Yukimegami and Dewa. This is how Yamagata gained its reputation in the sake world.

Coming back to the brewery, here at Shuho Shuzojo, we decided to make a wide variety of sakes. On the one hand, by using a dozen different Yamagata rices and, on the other hand, by implementing a wide variety of technical approaches. We have an average semibuai of 46% and try to maintain the structure and light touch of our sakes as much as possible. Almost all of them are Genshu and, to keep as much freshness as possible, we pasteurise all our vintages in "binkan", after bottling." 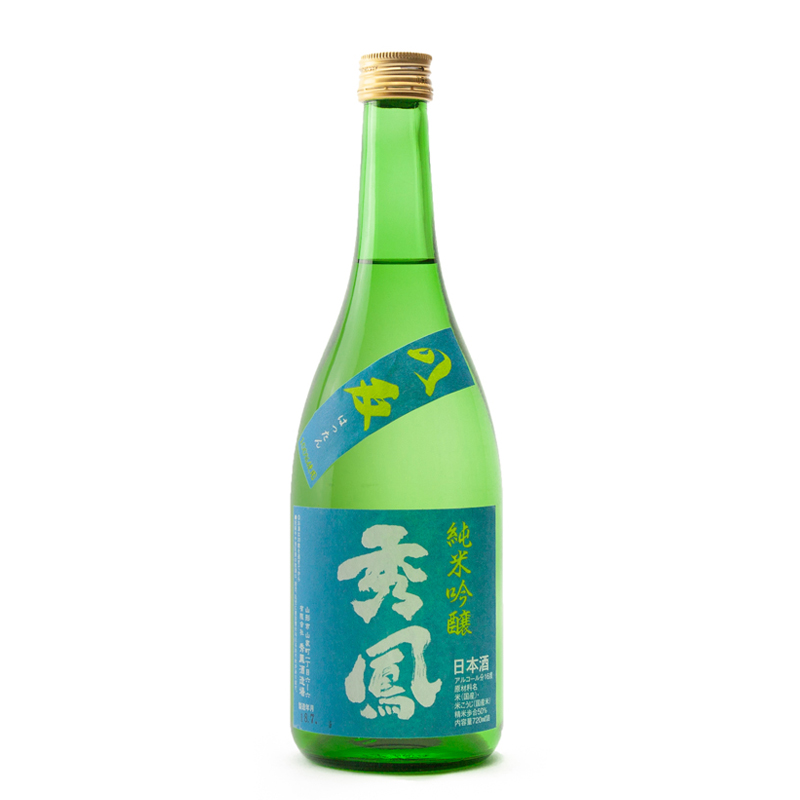 JUNMAI GINJO HATTAN
A Ginjo with a fruity nose of pear and melon. Clear in the mouth, with beautiful lactic sensations, it is soft, without exaggeration, the finish is clean and precise. An excellent sake to be drunk chilled, with sashimi, sushi, or simply as an aperitif. 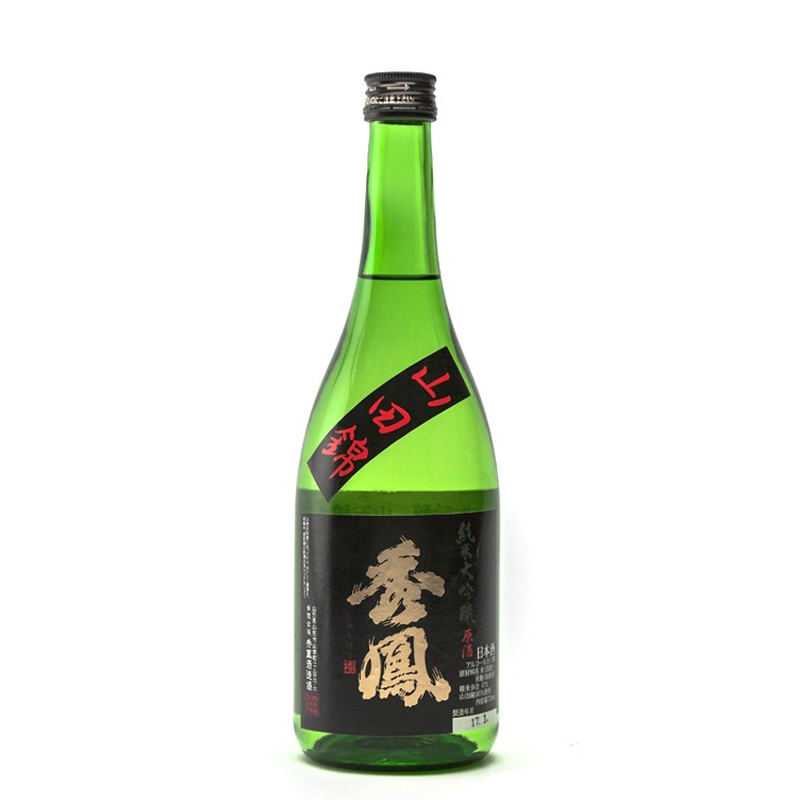 JUNMAI DAIGINJO GENSHU
An elegant and powerful Daïginjo, as it is also a Genshu, with a higher alcohol content, at 17%. The nose is pleasant, with fruity and floral notes. Lively and fresh in the mouth, the finish is clear, very clean. To be enjoyed chilled, with simple and refined cuisine. 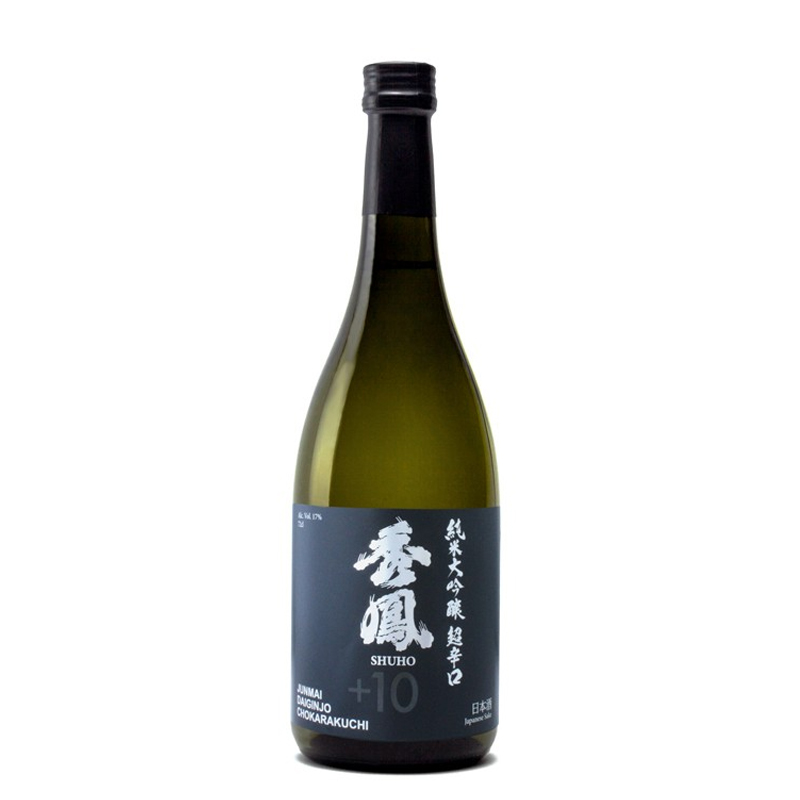 SHUHO +10 JUNMAI DAIGINJO CHOKARAKUCHI
We particularly like this Daïginjo because it is very different from the sakes in this category.

The nose is crystal clear, with aromas of green melon, muscatel and white flowers. The mouth is juicy and refreshing. The fruity sensations are punctuated by fine notes of citrus peel. These elegant characteristics classically associated with the Daïginjo category are generally accompanied by a relatively marked sensation of sweetness. It is precisely on this point that Shuho +10 distinguishes itself from sakes of its rank: beyond the fruity sensations, we have an incredibly precise and dry sake, with a Nihonshudo* of +10. A sufficiently remarkable value to be indicated in its name! In the end, a Daïginjo that can easily be associated with many culinary preparations. It accompanies the entire length of the meal, without getting boring and bringing a lot of freshness.
(*The Nihonshudo is the scale that defines the fact that a sake is more or less sweet. A negative value characterises a sweet sake, and the more negative it is, the sweeter the sake will be - the opposite is true for positive values which characterise dry sakes).

Technique: Obtaining a dry Daiginjo is rare and difficult. The yeasts must work intensely to produce alcohol quickly and keep the mineral component tight, but the fruity and floral aromas of the Ginjo style must also be allowed to develop. The fermentation conditions must be very finely controlled and, in order not to let the alcohol block the activity of the yeast, water is added constantly and gradually to achieve that sharp Karakuchi sensation. Finally, to be sure to find the aromas, we finish in Genshu, without water reduction at the end of the production.

SHUHO SODEN LEGEND
To go further, discover this magnificent competition sake. A production in micro-batches and 72 hours of polishing of the rice practiced at the brewery to reach a rate of 35%. Slow fermentations and ultra-careful maturation for this exquisite cuvee. 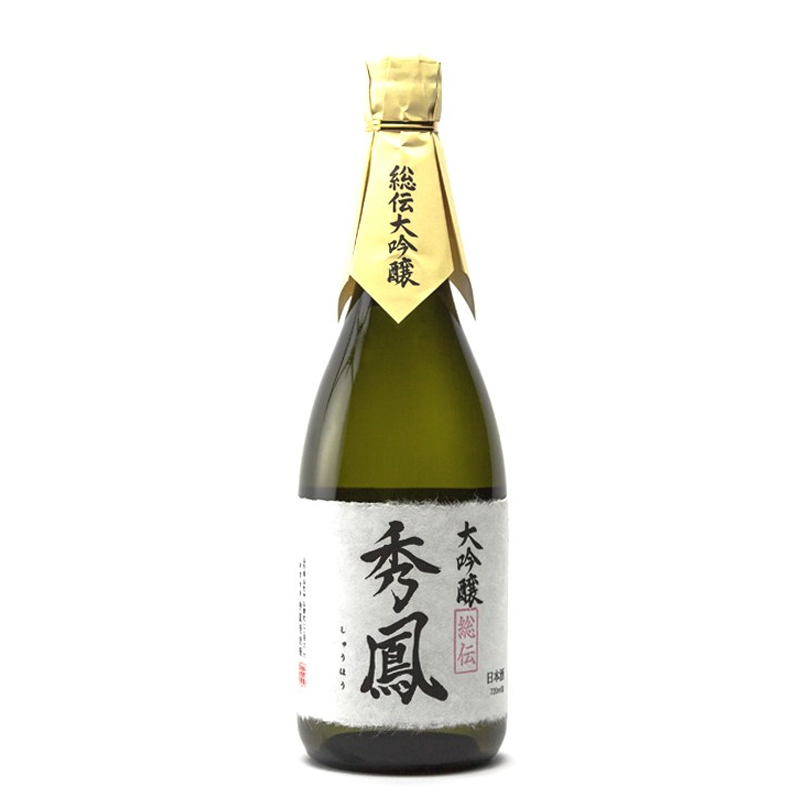 Soden Legend has a clean, fruity nose of apple and melon. The fruit is found on the palate with good strength and sweetness. A sake that leaves the palate ultra-fresh as the finish is clean, simply punctuated by delicate notes of spice and a hint of bitterness. A sake to be enjoyed on special occasions, either purely as a tasting or as an accompaniment to fine delicacies.